For a complete list of all modifications please consult the release notes in the user manual.

COHIBA is a fast and accurate tool for making deterministic and stochastic surfaces. COHIBA can use information from:

COHIBA uses the available data in a consistent manner to minimize the uncertainty. The accuracy is further improved by linking together all surfaces in a multi-layered model.

For details and examples please have a look at the COHIBA user manual: 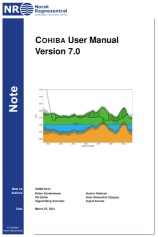 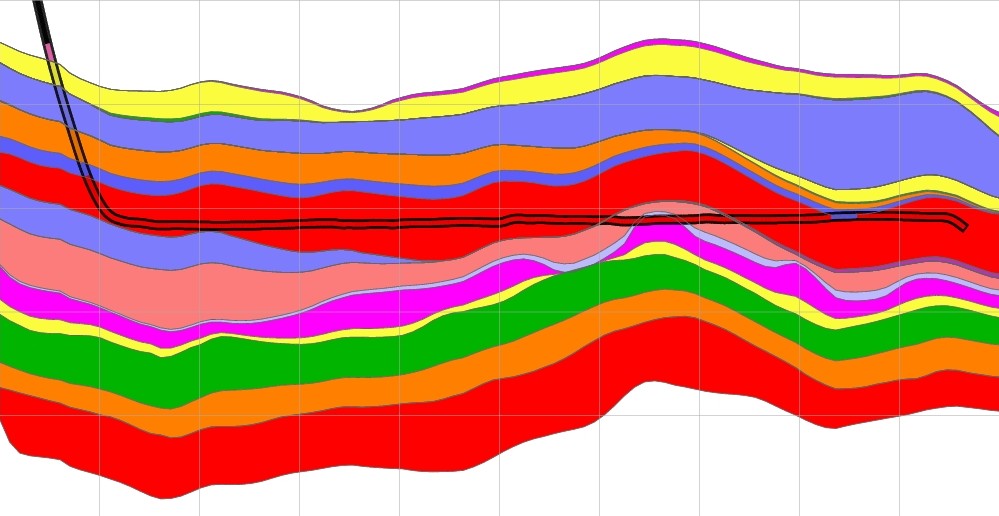 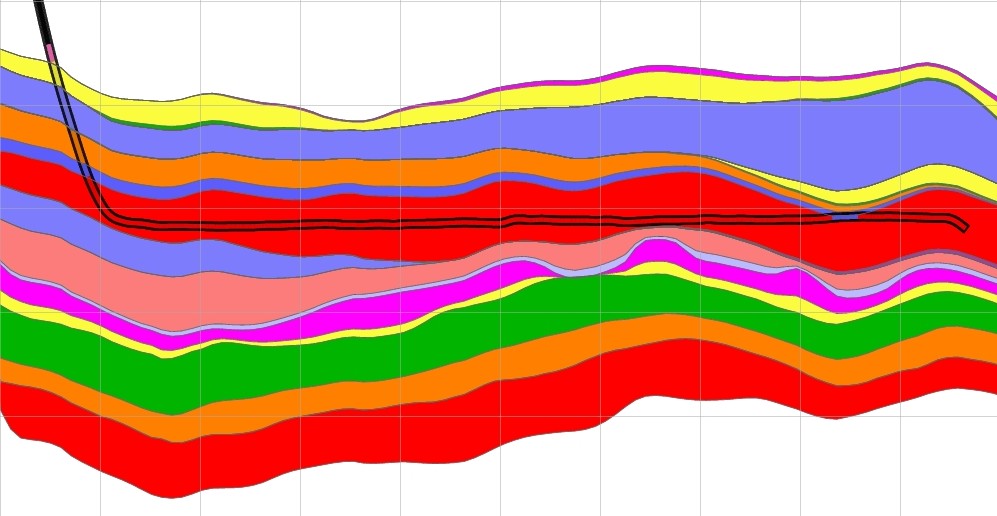 Below is a second example. Again we see how COHIBA modifies all surfaces to make a consistent and realistic zonation. 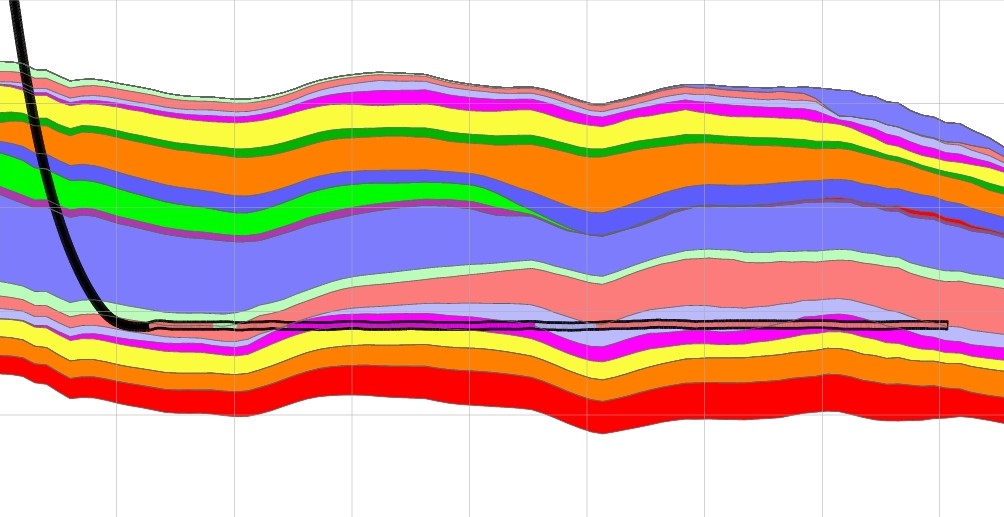 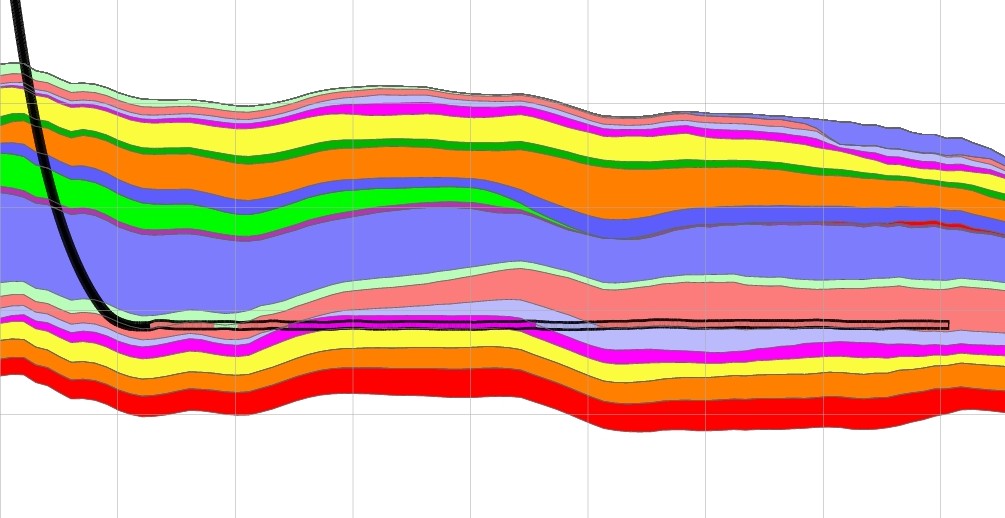 The following picture shows the result of conditioning to well paths. We clearly see how the surfaces are accurately determined along the well paths. 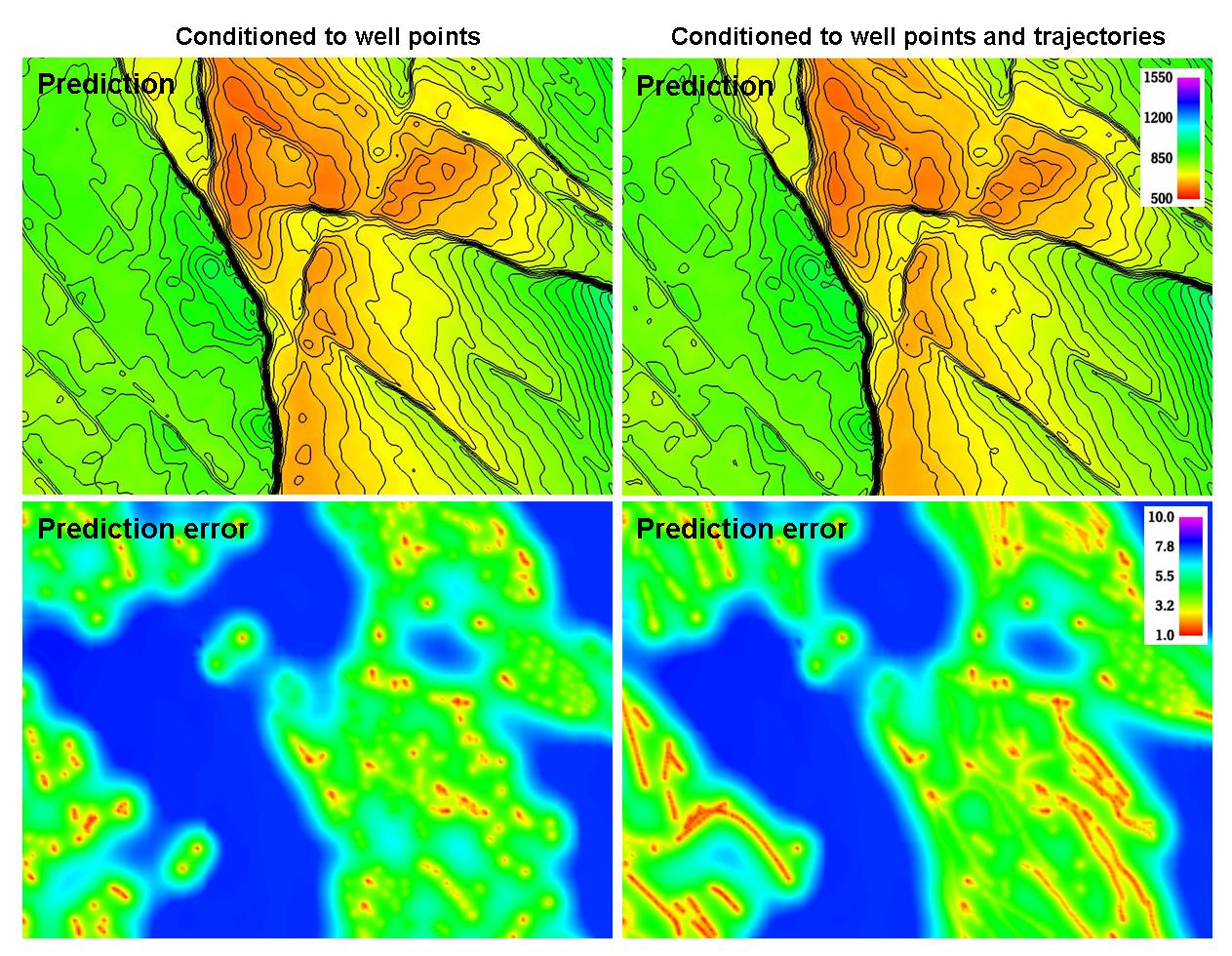 The animation below simulates the use of distance data acquired from deep directional resistivity (DDR) logs during a drilling process, and shows a vertical cross section along a planned well trajectory. The reservoir consists of a top and a base surface with the reservoir zone in red. The planned trajectory is shown as a continuous line entering the top of the anticline and passing through the reservoir. The actually drilled trajectory starts to deviate from the planned well as the true distances to the top and base reservoir are updated. The dashed lines represent the surface uncertainty envelopes and shrinks as more data becomes available.