When a facies realization from an object model has been generated there might be many reasons to not simulate a new realization from scratch when new well information arises. A lot of effort might have been put into history matching, giving a realization with realistic reservoir behaviour and production data. When new well information is given this realization does not condition all the wells correctly anymore. The new well data can be new wells that are drilled, changes in the location or logs in existing wells or new specification of coupling between wells. NR has developed a module in object modelling for local update of the realization in an area around the new well information, leaving the other parts of the reservoir unchanged. This gives a new, updated realization with minor changes from the original, but matching the well observations.

The general marked point process generates objects of axial, backbone and radial type. Since these object have limited extensions within the simulation volume, local changes within an area are allowed. In this case objects with center point inside a predefined area is redrawn, while all other objects are only changed in order to match all well data. 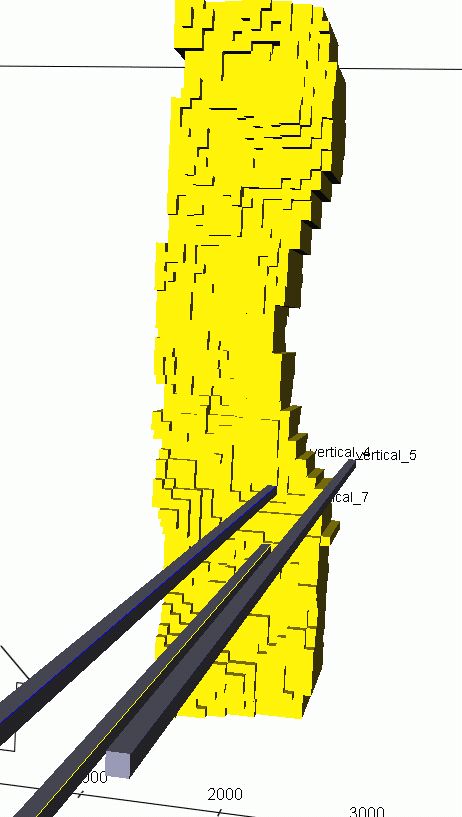 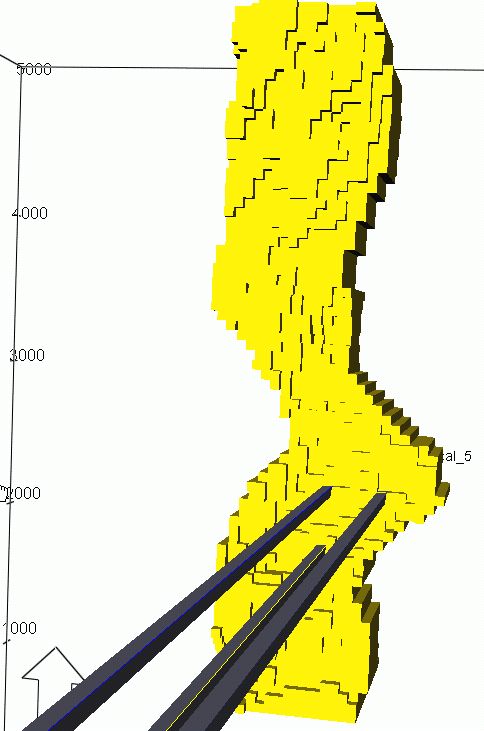 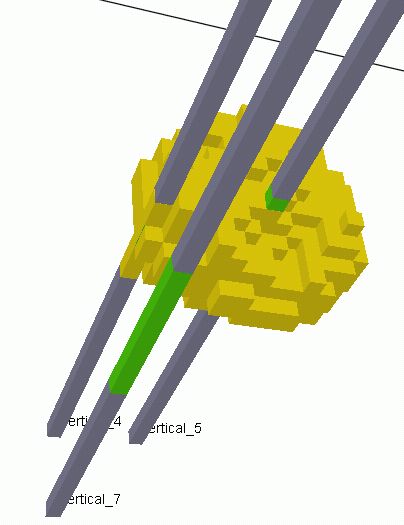 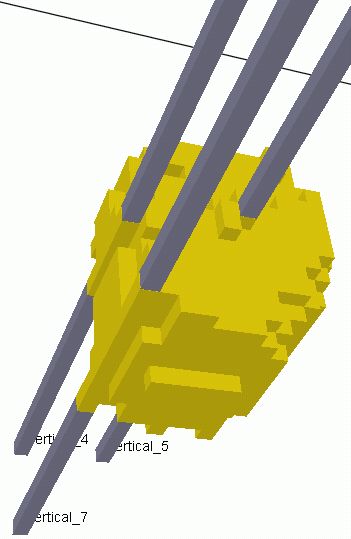 This figure shows the same phenomenon for a radial object. The new well information is that the object is thicker in well 5 and that it is also observed in well 7. The left figure shows the original object, while the updated is shown to the right.

In a fluvial model the objects do not generally have a limited extension inside the simulation box. This means that changes are not performed on whole objects, but only within an area around the new well information. 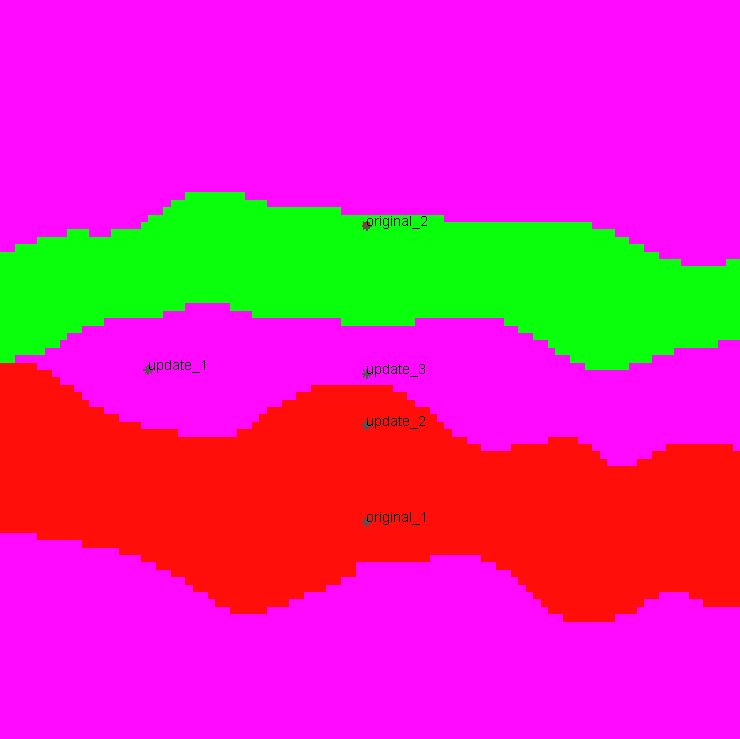 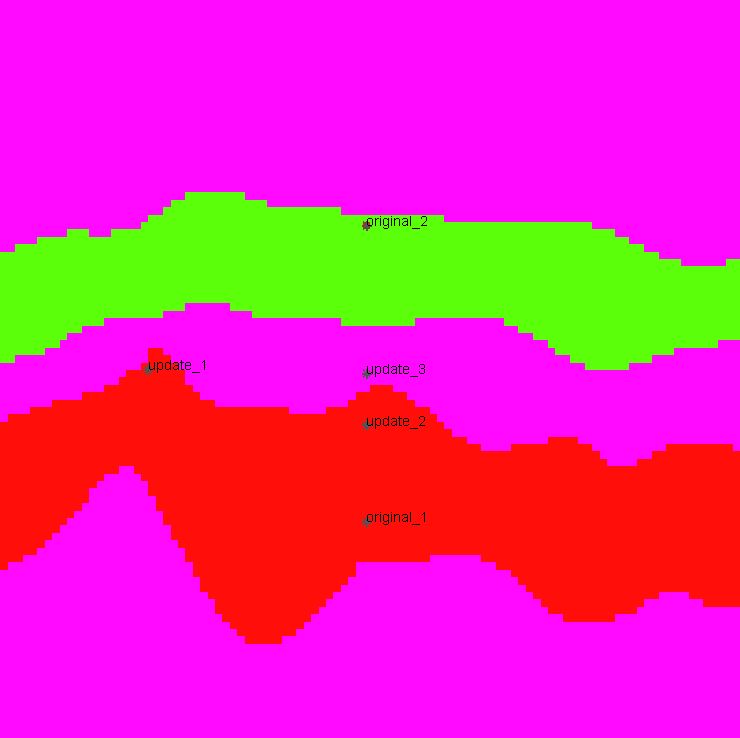 The figures show an original realization with two channels conditioned on one well each to the left. To the right the realization is updated with an additional well. The green channel remains unchanged, while the red channel includes the new well.